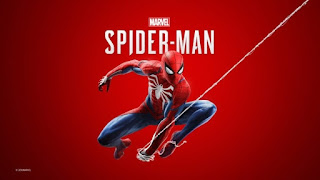 Insomniac Games has announced that Spider-Man is releasing on September 7, along with a variety of different packages. The standard edition (which costs $59.99), you have the option to pick up a Digital Deluxe edition that contains the copy of the game, and forthcoming DLC that is part of Insomniac's The City That Never Sleeps program, a plan that will bring new missions, villains, characters, and suits. The Digital Deluxe edition costs $79.99.
If you want something to put on your shelf, you’ll want the Collector's Edition, which comes with a Spider-Man statue created by Gentle Giant. You’ll only see be able to see the top of the statue for now. Insomniac doesn't want to reveal who or what Spider-Man is sitting on. Must be a big story spoiler. The Collector's Edition also comes with a steelbook case, a mini art book by Titan Books, and the aforementioned DLC. The Collector's Edition will run you $149.99.
If you preorder any of the versions of note, you'll receive a Spidey-Suit Pack featuring the goofy Spider-Punk look, a PSN avatar, and an original PS4 theme by Adi Granov. You'll also get a slight leg up on your leveling with extra skill points. Each suit gives Spider-Man a unique ability. Our cover story tells you what Spider-Punk's ability is. 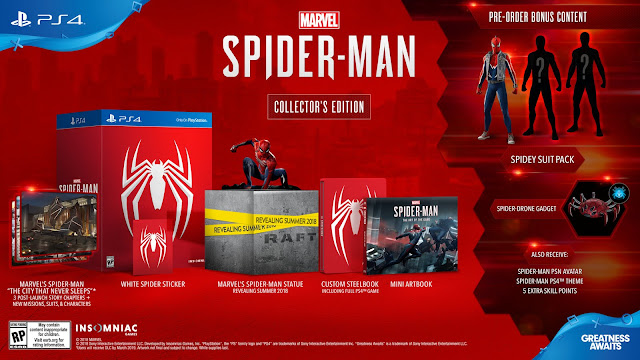