Cross-Platform Progression Sharing Could Come To Overwatch In The Future 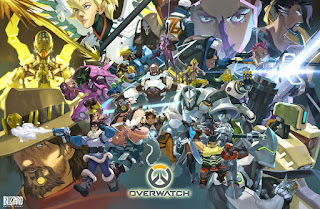 Could shared progress in Overwatch between consoles potentially come sometime in the future ? Speaking to PC Games News, game director Jeff Kaplan said Blizzard is having "ongoing and frequent discussions" about cross-platform progression sharing with their tech group.

"It's something we would very like to explore," Kaplan said. "It's very challenging for many reasons, and I won't get into all the details as to why, but I think it's a very valid desire that our players have and it's something that the Overwatch team would love to figure out."
Kaplan did not give an expected timeline for when players would be able to share progress between consoles, only noting the Overwatch team will "continue to work hard on it to make it happen someday, if we can get around some of the challenges that we're faced with."