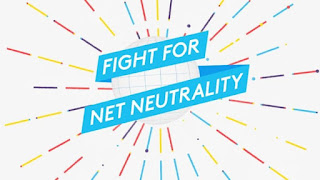 The state of Washington has become the first state in the U.S. to pass a law protecting net neutrality. The state legislature introduced House Bill 2282 after debate about passing a law or establishing net neutrality through executive order. It was determined through floor debate that passing net neutrality as a law would make it more difficult to challenge in court.
From the text of the bill:
"A person engaged in the provision of broadband internet access service in Washington state... may not: Block lawful content, applications, services or nonharmful devices, subject to network management; impair or degrade lawful internet traffic; engage in paid prioritization."
The bill has been signed into law by governor Jay Inslee and goes into effect in 90 days, June 6, or whenever net neutrality rules dissolve. While Washington is the first state to pass a law concerning network neutrality, California, New York, and Massachusetts also have bills proposed that would provide similar protections.