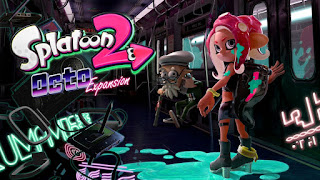 Durning the March 2018 Nintendo Direct, it was announced that Splatoon 2 Version 3.0 is coming. The update will arrive in late April. The update will add 100+ pieces of new gear and three additional stages – Piranha Pit, Camp Triggerfish, and the brand new Wahoo World. The company also announced that Splatoon 2 will also get paid single player DLC in the form of Octo Expansion for $20 this summer.