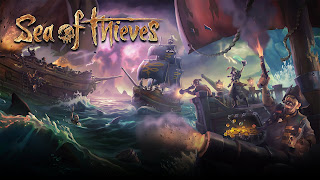 Rare has already launched its first update for Sea of Thieves. The update offers changes including highlighting a favorite pirate that you've created to how you'll pay for your death. You can find the full patch notes the Sea of Thieves site, but here are some of the highlights:

Sea of Thieves is available now for Xbox One and PC.


UPDATE 3/26/18 -  Joe Neate, the executive producer on Sea of Thieves has confirmed on Twitter that the Death cost will no longer b coming to the game.


"Letting everyone know we've heard the feedback and the proposed 'Death Cost' in #SeaOfThieves is, well, dead. We messed up with the messaging around this, and it's now gone. Thanks for the honest feedback & discussion on this."
Posted by 9To5TechNews at 9:39 PM