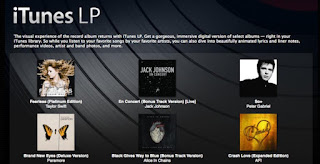 Apple has sent out an email to those working in the music business announcing the end of iTunes LPs, according to Metro.
iTunes is a format for interactive album artwork that Apple introduced in 2009. It allows users to view multimedia elements alongside music. The company’s reasoning was that the format would make album downloads more appealing. However, the format apparently never caught on.
According to Metro, Apple will no longer accept new submissions of iTunes LPs after March 2018. Also, existing LPs will be deprecated from the store during the remainder of 2018. Customers who have previously purchased an album containing an iTunes LP will still be able to download the additional content using iTunes Match.
“Although this one decision does not spell immediate doom for iTunes, music industry sources and experts said it’s evidence which chimes with rumours that Apple is intending to stop selling music downloads and shift to a subscription model,” the Metro article says.
It should be noted that this doesn’t mean Apple will NOT stop selling music, they’ll just stop selling iTunes LPs.