The World Ends With You: Final Remix Coming To Nintendo Switch This Year 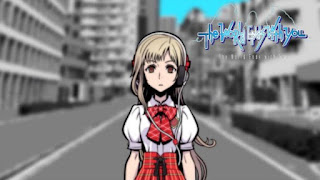 During the Nintendo Direct mini, the company announced a Switch port of DS/iOS RPG The World Ends With You. The port will also include a new scenario, which will feature the character shown in the teaser image at the end of the iPad version of the game. The port will be available sometime in 2018.
Posted by 9To5TechNews at 12:05 AM