Blizzard Is Aggressively Going After Toxic Players In Overwatch 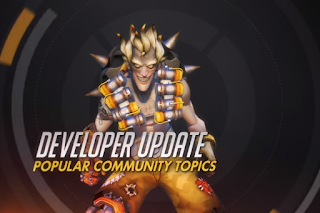 Blizzard has made it clear that toxicity players don’t have a place in Overwatch (harassment, non-cooperation, insults, slurs, etc). In September, director Jeff Kaplan said it is becoming their priority and is actively diverting from development of new content. Now, Kaplan is updating the Overwatch base on their progress in this endeavor, and explaining how they're getting it done.
In the latest developer update, Kaplan reveals that reports of bad behavior have gone up 20 %, while incidents of abusive chat have gone down 17 %. This might have to do with the in-game reporting systems being added to consoles since the last update.
"We know those numbers are not as great as they could be," Kaplan admitted. "We know that the problem is not solved and things aren’t perfect, but it’s getting a lot better and a lot of the initiatives that we’re doing here at Blizzard are starting to make a difference.”


One of these initiatives is Blizzard going outside the game to social media to find people showing off toxic game behavior on places like Youtube. The team then tracks down the accounts and takes action, regardless of whether or not there has been a report about the incident. Kaplan says the initiative has "proven very positive" in helping to reduce toxicity within the game.