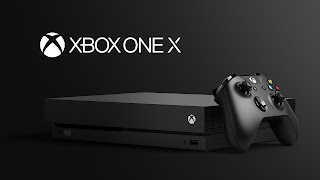 During Microsoft's annual shareholder meeting, CEO Satya Nadella talked a little bit about the Xbox brand as part of Microsoft as a whole.
“We’re mobilizing to pursue an expansive opportunity in the 100+ billion gaming market," explained Nadella. "This means broadening our approach to how we think about gaming end-to-end. About starting with games and how they’re created and distributed, and how they’re played and viewed.”


Nadella noted that future plans include bridging the PC, Xbox One, and mobile users, pointing out that there are 53 million active user accounts, though that number likely includes everyone with an Xbox app on their Windows device. Finally, He boasted that the Xbox One X, which he called the “most technically advanced and most powerful console ever built” is seeing “incredible response from fans this Holiday season.”
Posted by 9To5TechNews at 1:47 PM

Email ThisBlogThis!Share to TwitterShare to FacebookShare to Pinterest
Labels: Microsoft, Xbox One, Xbox One X