Blizzard Teases Blizzard Themed Skins, And More For All 26 Overwatch Characters In Early 2018 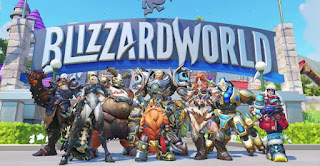 During the Blizzcon 2017 opening ceremony, Blizzard has announced a host of new skins and other customization options for Overwatch, including crossover skins with other Blizzard games. All these skins will be available in the base lootbox set and are not time-limited like seasonal event skins.

New cosmetics are coming to Overwatch in early 2018!