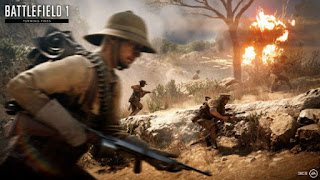 Battlefield 1 is getting its Turning Tides DLC in waves in December and January, with this year's batch now dated for December 11 for owners of the game's premium pass and 2 weeks later for everyone else.
The December drop features the Cape Helles and Achi Baba maps, a new Gallipoli operation, Infiltrator Elite class, the L-Class Destroyer, and more. The second part of the DLC in January also features two maps, the conquest assault mode, and its own goodies.
Apart from the December release date news today, the game is also offering:

For more info on Turning Tides and more of what's going on with Battlefield 1, click here.
Posted by 9To5TechNews at 12:00 AM