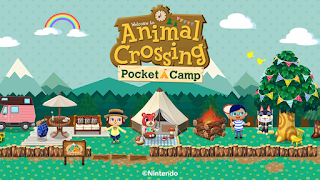 SensorTower has given us some insight into how well Animal Crossing: Pocket Camp is doing. In the first 6 days that it was available worldwide on the App Store and on the Google Play Store, the game has managed to surpass 15,000,000 downloads. This is roughly half of the 32,000,000 downloads that Super Mario Run managed to get during that same 6 day time span. We’ve included a graph of this data down below.


As for revenue, Japan is where the game is doing best. According to SensorTower’s report, “the game is performing best in this regard in Nintendo’s home territory of Japan, where it’s currently ranked No. 10 on the iPhone top grossing chart. It had reached as high as No. 5 there on November 25. The game has a ways to go in reaching a similar high in other major markets, such as the U.S., where it is currently ranked at No. 72 for revenue among all iPhone apps. By comparison, the more hardcore Fire Emblem Heroes reached No. 8 grossing in the U.S. the day after launching here, and climbed as high as No. 6 on August 31 of this year.” 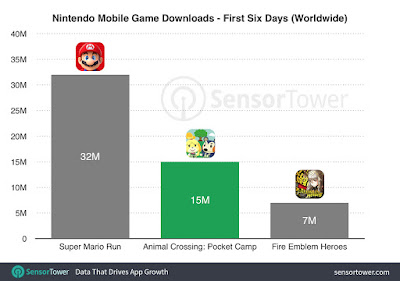