Ed Boon Talks The Possibility Of Injustice 2 On Nintendo Switch 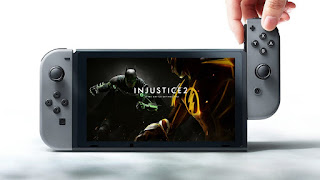 The critically acclaimed fighting title,Injustice 2, hasn’t been confirmed for the Nintendo Switch, but GameSpot recently caught up with NetherRealm Studios creative director Ed Boon to discuss the possibility of the game coming to Nintendo’s latest platform. Boon states that it is entirely possible but it would take some compromise.
“Yeah, I think at the end of the day you can make almost any game… there are inevitable compromises, but you know, you can make some version of Injustice on the Atari 2600,” he told GameSpot. “It’s not going to be great, but I bet you can make something.”
“Yeah, actually, I do,” he said when asked if he has interest in exploring Switch games. “It is a pretty different hardware architecture; it’s not like you can go from a PlayStation 4 to a Switch really easily. So I think we would need to set up something in terms of an external team. I know on the art team, we have enough people to do three console SKUs, and that would be something we’d need to work out.


“From the game player’s perspective, would it be fun to play Injustice on [Switch]? I do think it would,” he said. “You could have tournaments, everyone comes over with their own system and you can have whole structured tournaments and parallel gameplay and all that.”
Posted by 9To5TechNews at 8:50 PM