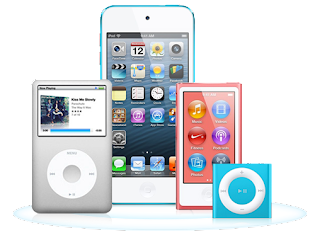 The iPod has had its own section on the homepage on Apple.com for over 13 years, today it has disappeared from Apple’s homepage and menu bar. It has been moved under a new Music button. iPod sales have been down for years now, the result of both steadily increasing demand for iPhones and reduced support from Apple, which has left previously introduced iPod hardware including the iPod shuffle, iPod nano, and iPod touch models remain available from Apple. Music, a button primarily dedicated to the upcoming Apple Music service based on Beats Music, includes a small iPod section near the bottom of its tall, scrolling page. Clicking on the “Learn more about iPod” link takes you to theApple.com/ipod section of the web site. For some reason the Apple TV is at the bottom of the list. What could this mean ? What do you think of Apple’s lack of support of the iPod ?