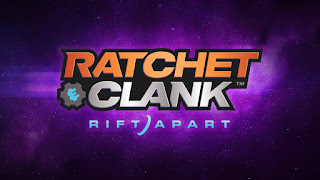 UPDATE 2/13/21 - Sony is taking pre-orders for Rift Apart’s two versions: the Digital Standard Edition and Digital Deluxe Edition. Pre-ordering the standard edition gets you an updated version of the Carbonox armor from Ratchet & Clank: Going Commando as well as the Pixelizer gun from 2016’s Ratchet & Clank. Special launch editions will be available at participating retailers that include vouchers for the same bonuses.

The Digital Deluxe Edition gos for $79.99 and includes the game, five armor sets, a photo mode sticker pack, 20 Raritanium, and a digital soundtrack/art book. You can visit the Playstation Blog for more info on Rift Apart’s pre-order goodies. Ratchet & Clank: Rift Apart is launching on PlayStation 5 on June 11.

During the PlayStation 5 reveal event, Insomniac Games announced a new Ratchet & Clank title. The game is coming to PlayStation 5 and looks to be a visual and performance showcase for the new hardware.

The reveal trailer shows Ratchet and Clank jumping between dimensions using portals. The leaps between dimensions go impressively fast, which could be showcasing the speed capabilities of the PlayStation 5. Insomniac says Rift Apart was built from the ground up on the PlayStation 5 and delivers a density of life and objects previously unseen. Ratchet & Clank: Rift Apart currently doesn’t have a release date, but it will release exclusively on PS5 when it does.
Posted by 9To5TechNews at 11:27 PM