Nvidia has announced its video game streaming service, GeForce Now, is exiting beta and has a free tier for all users, with some caveats of course. 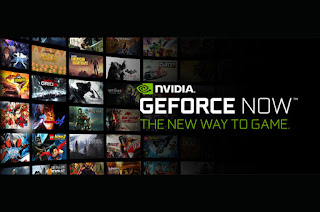 For those who are unaware, GeForce Now is streaming service that allows users to stream PC games to laptops, Macs, Nvidia Shields, and other Android devices. Over 1,000 games are already on the service, including Fortnite, Borderlands 3 and Star Wars Jedi: Fallen Order. Users can also migrate their pre-existing purchases over to Nvidia’s service – meaning if you bought a game Steam, Origin and Epic Games Store.
Users can stream with GeForce Now starting today for free, but free users will only be able to play for 1 hour before having to log off and start a new session. You can start as many sessions a day as you like, but you have to log off and log back in after an hour. Nvidia says this is necessary for providing the best service for paid users. 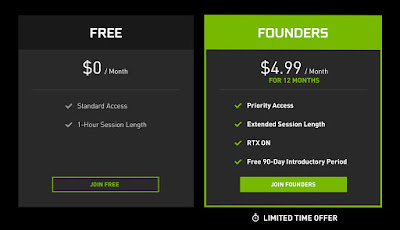 GeForce Now’s premium service will cost you $5 dollars a month, which offers priority access to Nvidia’s servers and allows for extended sessions of up to 6 hours. GeForce Now beta members have also had their beta accounts automatically converted to this plan for free for the first few months.
As someone who’s used GeForce Now, I can say that it’s a pretty cool service. That is of course if you have decent connection. I did experience some visual artifacting and lag when playing PUBG, but I could look past it. Thoughts ?