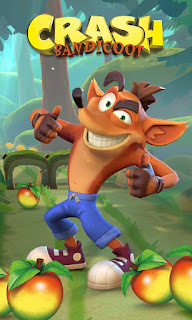 There’s a new Crash Bandicoot mobile title releasing soon and it might not be what you expect. Simply titled Crash Bandicoot Mobile the game is developed by King (Candy Crush) and looks set to be a runner. While the game hasn’t officially been announced the mobile game’s page is live and it shows numerous pieces of artwork for you to feast your eyes on and screenshots.


CRASH BANDICOOT MOBILE GAME REVEALED
investigation by myself and @Motwera

This game can be signed up for NOW it seems.

The way the link was found was by searching the name on FB after previously being a fan of the FB page tied to the Brazilian ads.https://t.co/98Qq3jkJCZ pic.twitter.com/AE6bPek4rq
— JumpButton (@jumpbuttoncb) February 7, 2020