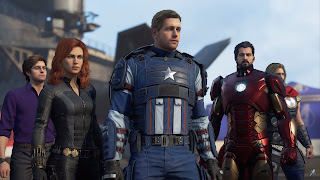 Crystal Dynamics' Avengers title is being delayed to September 4. The game was originally set to release on May 15.
Scot Amos and Ron Rosenberg, co-heads of studio at Crystal Dynamics, released an open letter to fans explaining the decision as well as touching on the game's scope and much more.