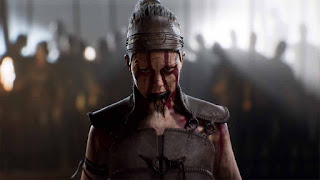 During The Game Awards 2019, Along side the announcement for the Xbox Series X, Microsoft announced one of the first games for the system, Senua’s Saga: Hellblade II. The footage shown was created in-engine, and shows the breathtaking, cinematic scenes of a demonic ritual performed by a cult. It’s unknown if the game will be a launch title when the system releases in holiday 2020, or if it will release after that.