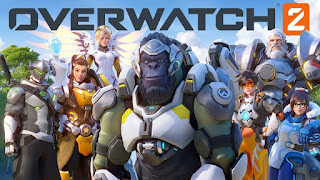 During the BlizzCon 2019 presentation, Blizzard announced Overwatch 2. The game is a full sequel that offers new PvP modes and a new PvE component that is divided into two sections: Story Experience and Hero Missions.
Hero Missions are another PvE mode of play that gives players the chance to power up heroes with new abilities. The heroes themselves have been slightly redesigned and look a bit sleeker than before. Kaplan confirmed Sojourn is a new playable hero. She first appeared in an Archives mission in Overwatch 1, but little else is known about her. Blizzard isn’t leaving any of its players behind, all of the new PvP content in Overwatch 2 can be played in Overwatch 1. Don’t worry, all of your skins, sprays, and cosmetics, all of that stuff carries over into Overwatch 2.
Overwatch 2's PvP mode features a new core game mode called Push, which will be featured in Quick Play, Competitive Play, and will also be played in Overwatch League matches. Push tasks the warring teams to escort a robot down a path. The team that pushes it the furthest wins.
A release date for Overwatch 2 is unknown at this time but its said to be released on PS4, Xbox One, PC and Nintendo Switch.