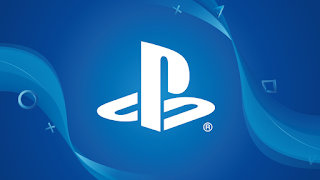 Sony has released an update for its next-generation console (via PlayStation Blog), which is officially called PlayStation 5 and is releasing during holiday season 2020.
Jim Ryan, Sony Interactive Entertainment's president and CEO also outlined changes to the PlayStation 5's controller. "There are two key innovations with the PlayStation 5’s new controller," he wrote. "First, we’re adopting haptic feedback to replace the 'rumble' technology found in controllers since the 5th generation of consoles. With haptics, you truly feel a broader range of feedback, so crashing into a wall in a race car feels much different than making a tackle on the football field. You can even get a sense for a variety of textures when running through fields of grass or plodding through mud."
The second feature is what Sony is calling "adaptive triggers," which allows developers to determine the resistance of the L2 and R2 buttons. Ryan gave the example of drawing a bow as a way a developer can make the button a little harder to push. He also noted that developers have early versions of the controller.
PlayStation 5 is now officially slated to go against Xbox's Project Scarlett next-generation console in holiday 2020. Who will come out on top ?