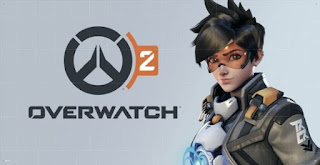 According to a report from ESPN, Blizzard will reveal new details about “Overwatch 2” at BlizzCon next week, The game will feature a new game modes, maps, heroes, PvE features, and revised hero abilities for that PvE experience.

Hero talents and in-game items also appear to be coming to Overwatch 2’s PvE mode will feature at least one mission. This appears to mean that instead of 2-4 primary skills, each character will have some sort of progression system that unlocks additional abilities the more they level up, with players able to select an unspecified number of talents.

That PvE mission will be a four-player, story-based sequence set in Rio de Janeiro. A new game mode will also debut called “Push,” which will be set on a new map based in Toronto, Canada. Both the new PvE mission and the new Push mode are expected to be playable at BlizzCon, which starts on November 1.