Oculus Link Will Turn Your Quest Into A Rift This November 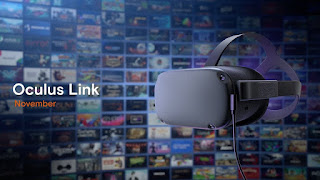 Zuckerberg said the feature will work with most USB-C cables, and it'll be available this November. The idea of being able to use the Quest anyway you want it and being a gateway to VR is a game changer for sure.