Upcoming Mac Pro Will Be Made In Texas 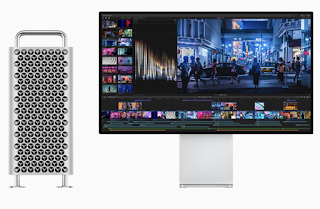 Apple has revealed that its newly redesigned, Mac Pro will be manufactured in Austin, Texas. The company says it will begin production “soon” at the same Austin facility where Mac Pro has been made since 2013.

The new Mac Pro will include components designed, developed and manufactured by more than a dozen American companies for distribution to U.S. customers. Manufacturers and suppliers across Arizona, Maine, New Mexico, New York, Oregon, Pennsylvania, Texas and Vermont, including Intersil and ON Semiconductor, are providing technology.
The U.S. manufacturing of Mac Pro is made possible following a federal product exclusion Apple is receiving for certain necessary components. The value of American-made components in the new Mac Pro is reportedly 2.5x greater than in Apple’s previous generation Mac Pro.

Unveiled at June’s Worldwide Developer Conference, the upcoming Mac Pro features a six-channel memory architecture and 12 physical DIMM slots. It will allow for 1.5TB of memory, the most ever available in a Mac. The Mac Pro will pack eight PCI Express expansion slots, which is twice that of the previous-generation Mac Pro tower.
It will also sport up to 56 teraflops of graphics performance, the Apple MPX Module graphics expansion architecture, and power GPU options. Pricing will start at $5,999.