Gears 5 Gets Limited Edition Xbox One X And Accessories 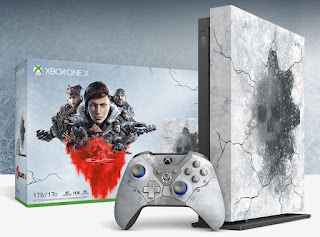 Microsoft is celebrating the release of Gears 5 with a wide variety of limited-edition products. All Gears 5 limited-edition products have a signature frost on them, along with the Gears of War emblems.
First up is an Xbox One X Gears 5 limited-edition bundle features Gears' signature Omen submerged under ice and snow. Also included is the Gears 5 Kait Diaz Xbox One controller, featuring a similar icy look and texture, along with Kait's emblem. Every mainline Gears of War title is also included at no cost with the console as downloads, including Gears 5, as well as a month of Xbox Game Pass and Xbox Live Gold. The bundle retails for $499, and launches on the same day as the game, on September 10. 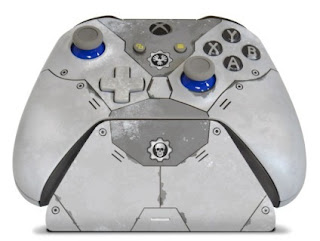 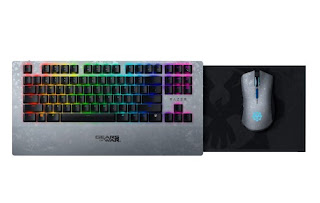 Also Razer has a Gears-themed keyboard and mouse, designed to be playable on a couch. The glacial set will cost $299.99 and launch in September. 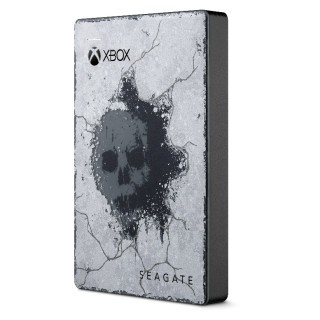 Finally, there's a Gears 5 game drive, an external storage device for up to 2TB, complete with the same icy look, for $109.99. Gears 5 launches September 10 for Xbox One and PC.