A Battle Pass Is Coming To Rainbow Six Siege 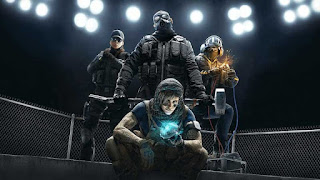 Ubisoft has announced that Rainbow Six Siege will soon have a battle pass system. It will introduce a new progression track for players that unlocks cosmetics, renown boosters, and new operator lore. It will roll out in two phases, first with a free 7-day pass "Call Me Harry" for Ember Rise. Later this year, a full-fledged battle pass will premiere with Rainbow Six Siege's season 4.
Your progression will be judged on how often you play instead of competing a challenge. You'll collect "battle points" every match which will eventually get you to the next level of the battle pass.