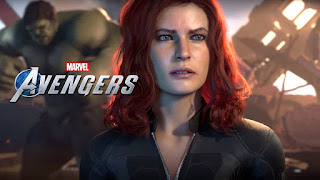 Marvel Games has announced a game panel during San Diego Comic Con on July 18, hosted by Kinda Funny’s Greg Miller. The panel summary says that it will show new content for Avengers, Marvel Ultimate Alliance 3, Iron Man VR, and promises surprises as well. Miller will be joined by special guests, which presumably means some developers from those games, and Bill Rosemann, who is vice president and creative director at Marvel Games.
Marvel Ultimate Alliance 3 releases the next day on Switch, so we'll likely get more info on character reveals or news on DLC characters. Iron Man VR is scheduled for PlayStation VR later this year and Marvel's Avengers will release on May 15 for PlayStation 4, Xbox One, Stadia, and PC.