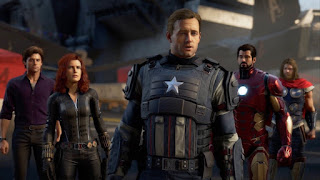 Square Enix and Marvel have revealed that they will reveal the gameplay demo for Marvels Avengers online after Gamescom.
The news comes from the Marvel Games panel at San Diego Comic-Con, as well as made official by a tweet from the game's official account.
According to attendees, the gameplay demo is similar to the E3 floor showing, but more polished and expanded. We'll know for sure a week after Gamescom, which runs from August 20 - 24. Marvel's Avengers releases on PlayStation 4, Xbox One,PC and Stadia on May 15.

Shaun shares some super exciting news! The team is hard at work polishing our A-Day demo, and we’re going to release the footage online the week after Gamescom finishes.
— Marvel's Avengers (@PlayAvengers) July 18, 2019