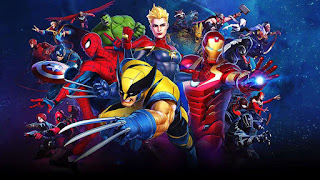 During the Marvel Games panel at San Diego Comic-Con, we finally got information on upcoming characters that aren't paid DLC and those that are who are coming to Marvel Ultimate Alliance 3.
To start, the god of mischief himself, Loki will be available on day one. On August 30, the team will be joined by Cyclops and Colossus from the X-Men as free DLC.
There are three character packs in the expansion pass. X-Men characters will be one of the packs, and it’s unknown who will be apart of that pack. Another is Fantastic Four and it's probably not hard to guess which characters are in that one. Marvel Knights, the third pack, includes Punisher, Blade, Moon Knight, and Morbius.
Marvel Ultimate Alliance 3 is out now on Nintendo Switch.