You Can Now Use Apple Pay On NYC’s MTA Transit 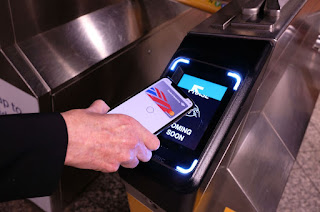 You can now use Apple Pay with New York City's Metropolitan Transportation Authority as of May 31. You’ll be able to use Apple Pay with the new tap-to-pay fare system on the buses in Staten Island and the 4, 5, and 6 subway lines between Grand Central Station in Manhattan and Atlantic Avenue-Barclays Center in Brooklyn.

To use Apple Pay on the MTA transit, you'll need an iPhone 6s or later with iOS 12.3 and watchOS 5.2.1 installed. After you've registered a credit or debit card, you can then take advantage of the new Express Transit NFC feature, which allows you to tap your iPhone or Apple Watch against the fare reader to pay and go.

The system is currently limited to single-ride passes at this time. However, additional fare options are due to introduced by late 2020, when the MTA expects to have rolled out Apple Pay on all subway lines and buses.