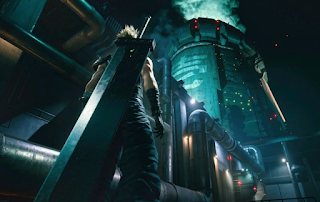 Since Final Fantasy VII Remake was originally revealed the game has undergone some changes. However, one thing that hasn’t changed is the fact that the game is still a multi-part experience. Final Fantasy VII Remake producer Yoshinori Kitase revealed more about the scope of the first installment, and it's apparently all about the city of Midgar.
"The first game in this project expands on the story of Midar, and is such an elaborate retelling that it has become a solid standalone game in its own right," Kitase said. Don't let that fool you into thinking the game will be short, Kitase said Square Enix anticipates "two Blu-ray discs worth of gameplay content."
Midgar takes around 5 or 6 hours to play through in the original version of Final Fantasy VII, so hopefully getting an entire dedicated game to it will lead to a more fleshed out city. Thoughts ? This doesn’t make me wonder when we’ll even see the next part of the game ? 2025 ?