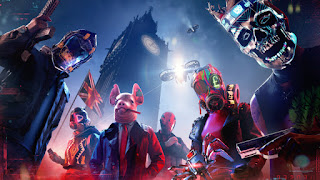 UPDATE 7/13/20 - Ubisoft announced players will be able to step into the shoes of any DedSec operative this fall. The current-gen version of Watch Dogs: Legion launches October 29, with next-gen versions "coming soon."


Original Story - During Ubisoft’s E3 presentation, the company shown off the latest entry in the Watch Dogs series, Watch Dog Legion. A trailer was showcased featuring Legion's version of London, where expendable resistance fighters  wage war with an unknown force.
The trailer also features hacking, robotics, and more things we come to expect from Watch Dogs. You can go from character from to character in Legion, being one of the games key main mechanics. Checkout the trailer blow. Watch Dogs Legion will be released for PS4, Xbox One and PC on March 6, 2020.