Marvel's Response To Spider-Man (PS4) Being In Avengers + My Thoughts 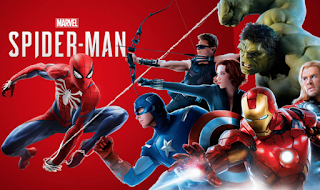 Crystal Dynamics hasn’t confirmed a potential crossover between Marvel's Spider-Man and Marvel’s Avengers, but it looks like there’s a chance.
During a stream of the E3 Coliseum, Marvel’s Bill Rosemann was asked about the possibility of Marvel’s Spider-Man on PS4 crossing over with Marvel’s Avengers, to which he responded “Last time we were here, a year ago, discussing that certain character, the roof caught on fire. And if I was to comment on that character now, I think the roof would fall on my head! So I will just say, right now we’re just focused on creating the best Avengers game.”
If you ask me I think Spider-Man from the PS4 game will 100% be in Marvel’s Avengers. During Square Enix’s E3 press conference they confirmed exclusive content for PS4 players, Spider-Man will be apart of that. Also I find it very convenient that there is an Avengers Tower in Spider-Mans New York. Why wouldn’t the Avengers be there ? Because they're in San Fransisco for the opening of the Avengers West facility. It just makes too much sense to me. But what do you think ? Marvel’s Avengers releases on May 15, 2020 for PS4, Xbox One and PC.