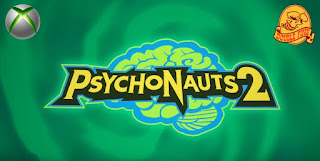 During Microsoft's E3 presentation, Microsoft announced that Double Fine is now part of Xbox Game Studios. Following the announcement, Double Fine confirmed that, despite the acquisition, Psychonauts 2 is still coming to all announced platforms. A new trailer for the game was also shown, which you could check out below.


"There really shouldn’t be too many other noticeable changes for you at all, at least not for a while...with one notable exception: We’re now targeting next year for release," the post reads. "We know it’s always disappointing when you have to wait a bit longer, but we also know that you are an amazing, supportive bunch, who - just like us - want the game to be as good as possible. So we’re hopeful you’ll understand! <3"
Posted by 9To5TechNews at 12:29 AM