Blair Witch Coming To Xbox One And PC In August 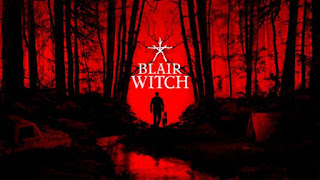 During Microsoft's E3 presentation, it was revealed that Blair Witch is coming to Xbox One and PC, and will also be available at launch on Xbox Games Pass.
From what can be gathered from the trailer, the game seems to focus on investigations in a mysterious wilderness in September of 1996, aided by your dog Bullet. Thing seem to play out mostly in first-person, and the uses of a video camera looks to be key to gameplay. If you want anything to compare it to, then you should check out the developers previous work, Layers of Fear. Blair Witch releases on August 30.