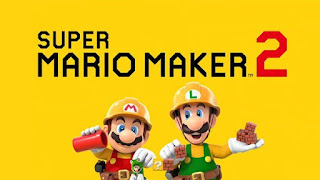 Looks like those of you who want to play online with your friends in Super Mario Maker 2 will need to play on one system locally or through the game’s local wireless play. Playing Super Mario Maker 2 online only allows for random match making. A Nintendo representative explained to NWR the reason behind this decision:
“Nintendo’s reasoning is that, with global leaderboards, the matchmaking for competitive play would be compromised if you could play with friends. That limitation also extends to co-op play as well despite those not being leaderboard driven.”

UPDATE 6/15/19 - During a Nintendo Treehouse Super Mario Maker 2 demonstration, it was announced that they will be “making some changes to matching with friends.”

Mr. Tezuka has confirmed that the ability to play online multiplayer with friends is coming to #SuperMarioMaker2 in a future update. Stay tuned for more information to come. https://t.co/oxGuEcJ8Om pic.twitter.com/1AfK1vEGIe
— Nintendo of America (@NintendoAmerica) June 11, 2019