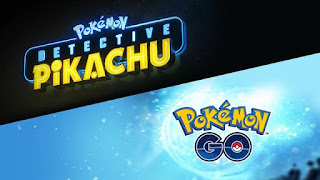 In celebration of the upcoming release of the first-ever live-action Pokémon adventure, “POKÉMON Detective Pikachu,” in theaters beginning May 10, The Pokémon Company International, in collaboration with Niantic, Inc., Warner Bros. Pictures, and Legendary Pictures, announced a variety of movie-inspired in-game activities and content coming soon to Pokémon GO. Players can look forward to catching a Pikachu wearing a detective hat after getting photobombed by the Pokémon, more encounters with select Pokémon featured in the film, special Raid Battles and Field Research, and more.
“POKÉMON Detective Pikachu” has generated significant buzz among fans and theatergoers. The highly anticipated film will premiere in North American theaters on May 10, 2019, and across additional markets throughout Europe, Asia, Latin America, and the Pacific starting this month.
“We’re excited for fans around the world to immerse themselves in the latest Pokémon adventure with ‘POKÉMON Detective Pikachu,’” said J.C. Smith, senior director of consumer marketing at The Pokémon Company International. “We look forward to celebrating the first live-action film with fun new experiences in Pokémon GO.”

From May 7 through May 17, 2019, the following content will be available in Pokémon GO for a limited time:

To learn more about the movie-inspired in-game content, watch the following video: https://youtu.be/IclGJipLBBA. For additional details about Pokémon GO, visit pokemongolive.com. More information about “POKÉMON Detective Pikachu” can be found at www.detectivepikachumovie.com and www.pokemon.com.