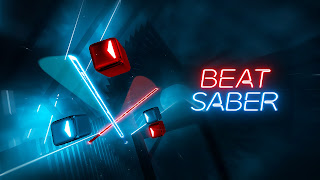 In a blog post on its official Steam page, Beat Saber developer Beat Games announced the addition of a level editor. This will allow users to import their own audio tracks into the game, add gameplay to them, and play them like they would the included tracks. Unfortunately, this feature will be PC-exclusive; the PSVR or the Oculus Quest version of the game, due to Sony's regulations on PlayStation and Oculus Quests' mobile nature, the developer confirmed on Twitter.

Unfortunately, we are not able to add the Level Editor to the PS VR version.
— Beat Saber (@BeatSaber) May 14, 2019

No, Quest is a mobile device and the Level Editor can't be there. This feature is only available for PCs.
— Beat Saber (@BeatSaber) May 14, 2019