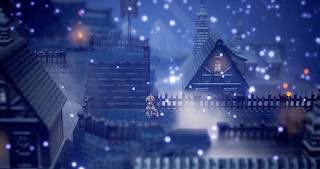 Octopath Traveler was released by Square Enix on the Nintendo Switch last year and proved to be an RPG to remember. Now the company has now announced that a prequel to the game is in development for both iOS and Android devices. The number of characters in battle has been increased to 8 and also that the game will feature new additional characters.