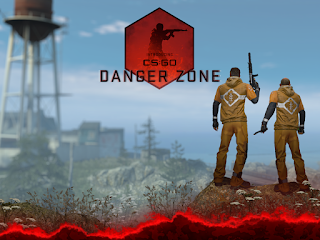 Valve has announced that Counter-Strike: Global Offensive is getting a smaller-scale battle royale mode called Danger Zone. Plus to boot, CS:GO is going free-to-play as well.
The new mode puts 8 players together in a larger-than-usual map titled Blacksite and, as battle royale games do, prompts the player to choose where they want to land. The mode has a twist with the ability to track opponents on an in-game tablet using gathered intel and summon drones to you for supply drops. Players can do solo, doubles, or triples, with solos queuing into 16-player matches and groups raising the limit to 18.