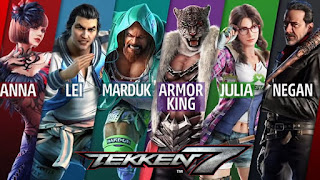 During the Tekken World Tour Finals, It was revealed that Armor King and Craig Marduk are joining the roster and are available now. Julia  is also coming later on. You can watch Marduk and Armor King's respective character reveal trailers for season 2 down below.
We also got to see see Negan (of The Walking Dead) in action. You can watch his cinematic debut below as well.
Negan and Julia don’t have release dates, but we should expect them sometime in 2019.

UPDATE 2/18/19 - Everyones favorite streamer Julia and The Walking Dead’s Negan are coming to Tekken 7 on February 28. 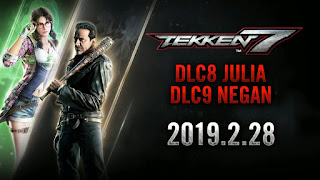