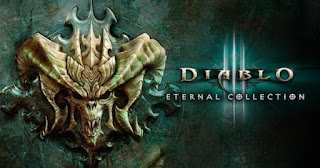 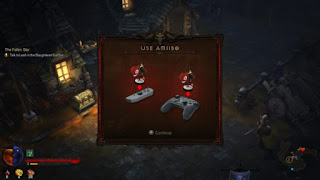 A dataminer on Reddit has discovered that Diablo III: Eternal Collection for the Nintendo Switch’s source code mentions two Diablo III: Eternal Collection themed amiibo figures. The game supports three types of amiibo – a generic Nintendo amiibo, and two others which are apparently the Treasure Goblin amiibo, and Demon amiibo. Blizzard and Nintendo have not announced any additional amiibo based on the Diablo franchise so we shall have to wait and see what comes from this. A recent image was also discovered that shows off what is to be believe the Treasure Goblin amiibo. You can see the image below. Here’s what justMako published:

Based on datamined information from the Switch version of the game Diablo 3 will support 3 types of Amiibo:
The first two will spawn a portal leading to some location (controlled by server so can’t be datamined) while the demon amiibo will spawn a powerful demon on the map. To prevent abuse, there’s currently a cooldown on each type of the summon:

Update 11/4/18 - The official Diablo Twitter account has revealed an Diablo Loot Goblin amiibo which will be available in December.