Call of Duty: Black Ops 4 Made Over $500 Million In Its First Three Days 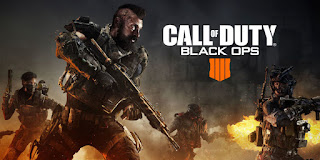 In its first three days, Call of Duty: Black Ops 4  has reportedly made over $500 million in worldwide sales, increased the number of players over the last Call of Duty title, and broke the franchise's record for Twitch views based on Activision's data.
Rob Kostich, Executive Vice President and General Manager for Call of Duty at Activision, stated:
“Black Ops 4 is off to a blockbuster start. Our player counts and hours played are up year over year, our viewership on Twitch has set new standards and is showing just how fun Blackout is to play and to watch, and the weekend results yet again put Call of Duty at that highest tier of entertainment. We’re really excited about Black Ops 4’s momentum. There’s much more to come, we’re just getting started.”