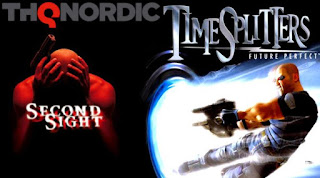 In a press release THQ Nordic has announced that the company has successfully obtained the TimeSplitters and Second Sight series. Both of those franchises are fan favorites. Here’s what the company says about the acquisition:
“Timesplitters was largely considered as one of the most influential console games of the early 2000’s. The three game series earned a large and passionate fan base thanks to its unique humour, art style and pop culture references while encouraging customization and modification to give each person their own individual experience.  Timesplitters was originally created by the development studio Free Radical Design that later become Deep Silver Dambuster, part of the THQ Nordic group.