The World Ends With You: Final Remix Comes To Nintendo Switch In October 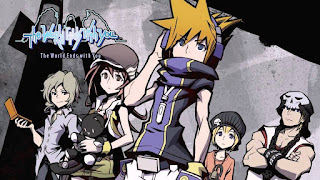 One of the most acclaimed portable games of the last 10 years is making its way to the Nintendo Switch system with HD visuals, enhanced gameplay and exclusive new content. The World Ends with You: Final Remix launches for Nintendo Switch on October 12. Nintendo has released a new trailer for the game.
Complete the mission…or face erasure. That’s all Neku knows after regaining consciousness in the middle of a busy intersection without his memories. Now he and his partner must fight to survive a life-or-death game in this twisted tale with more turns than the urban labyrinth of Tokyo they’re trapped in. This definitive version of SQUARE ENIX’s RPG classic brings the dark story to life on the Nintendo Switch system along with a new scenario and some new remixed music.
Vibrant themes of Japanese youth culture, food and fashion are seamlessly integrated into the gameplay and storyline. Players can join rhythmic battles using either Joy-Con controllers or the Nintendo Switch touch screen. In two-player co-op mode, players can battle Noise and challenge the Reapers’ Game together.
For more information about The World Ends with You: Final Remix, visit https://www.nintendo.com/games/detail/the-world-ends-with-you-final-remix-switch.

Email ThisBlogThis!Share to TwitterShare to FacebookShare to Pinterest
Labels: Nintendo, Nintendo Switch, The World Ends With You: Final Remix