Spyro Reignited Trilogy Requires An Update For Spyro 2 And 3 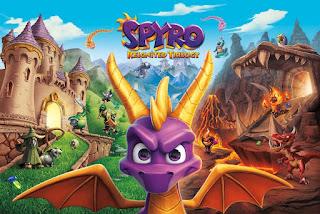 The Spyro Reignited Trilogy's website was recenlty updated to include a message about Spyro 2 and 3 requiring a separate download. This bothered fans who want to own a physical collection of the three games or those who just weren't happy about having to download games they wanted to play as soon as they got the game.
Activision has made this PR statement to Game Infromer about the download.
"The global launch date of Spyro Reignited Trilogy is Sept. 21; and we’re excited for fans to play all three reignited games on that day," Activision told us. "As with most games today, downloading an update after purchase is quite common. The language on packaging and on the web is to let players know the requirements for Spyro Reignited Trilogy."
Spyro Reignited Trilogy releases on PlayStation 4 and Xbox One on September 21. 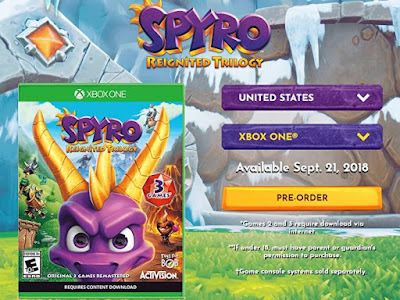