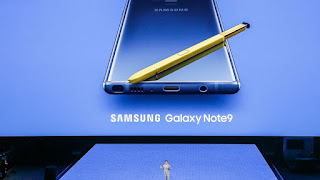 During Samsungs unpacked event, the company unveiled a range of new deceives, including there newest flag ship phone, a new smartwatch and smart speaker.
The Galaxy Note 9 is a acquired with a 6.4-inch SuperAMOLED display with a resolution of 2960 × 1440. This is the largest smartphone screen for Samsung yet. The smartphone also includes the Qualcomm Snapdragon 845 chipset, 6GB or 8GB of RAM, 128GB of storage for the base model, with a new variant that offers a massive 512GB of internal storage.
Another change is the ridiculously big 4,000 mAh battery, which is a 20% increase over the Note 8 and is considerably larger than the iPhone X’s 2,716 mAh capacity. The Galaxy Note 9 will go up for sale staring on August 24th, priced at $999 for the 128GB model, with Samsung asking $1,249 for the 512GB version. Pre-orders are available now. 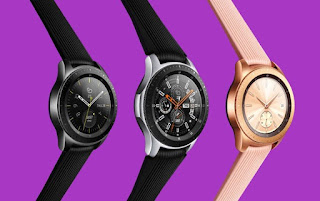 Samsung also revealed its latest wearable, the Galaxy Watch. Not much is know about the watch, it does however have one of the major upgrades to be battery life to last “several days” on a single charge thanks to an optimized processor. It will also support LTE to work standalone. Galaxy Watch will be available starting August 24th and come in 46mm and 42mm sizes priced at $350 and $330, respectively for the non-LTE versions. Samsung said the LTE versions will be available later in 2018. 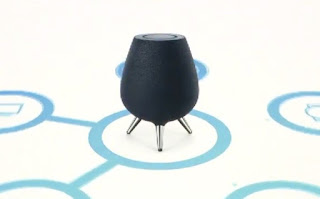 Lasts but most certainly not least Samsung showed off its upcoming smart speaker. The Galaxy Home features a high range and a subwoofer that delivers rich base with Harman Kardon and AKG. Eight microphones allow for far-field voice recognition with the ability detect a user’s location and direct audio towards them with a “Hi Bixby, SteerSound” command. It can also be used to adapt to the specific contours of a room.