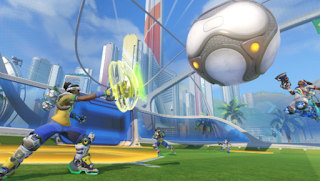 Blizzard has announced that the Overwatch Summer Games, the annual summer event, will be returning on August 9.

From the tweet we can see that Lucio Ball will be returning once again. The soccer-like game premiered during the first Summer Games event, then returned with improvements last year. We will probably get more details over the next week. We’ll also get reveals for new skins, which you can see below.

Team up with your friends for Summer Games on August 9. pic.twitter.com/VSyxMDTrc3
— Overwatch (@PlayOverwatch) August 3, 2018