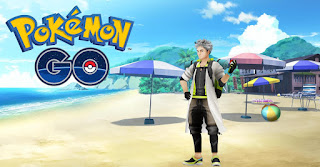 In a recent interview with polish magazine Gram, Niantic’s Head of Product Marketing in the EMEA region, revealed the following information (the information was from Pokemon GO Hub and was translated using Google Translate, so isn’t 100 percent accurate) Here’s what was said by Anne Beuttenmüller:
“Now we are working on the PvP mode, which will soon appear. In addition, we’re still working on improving the feature that has just made its debut – it’s all about friends, such as the ability to exchange Pokemon in the game.
We’ve just introduced an improvement so you can add a note to your friend. The point is that you can have many people on your friends list and do not remember who is who. So you can add a comment to that person. You can also segregate your friends list.
We are constantly improving the elements that we have available in the game and the next thing that we want to add at the end of this year is the PvP mode.“