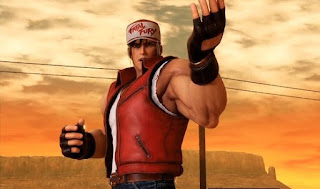 During Evo 2018, Arika released a trailer for  upcoming plans for Fighting EX Layer. One of those plans is to add Fatal Fury's Terry Bogard to the game. The trailer starts off with introductions of Pullum Purna and Vulcano Rosso from the Street Fighter EX series. In addition, the game will be getting an arcade version at certain places in North America.  Pullum Purna and Vulcano Rosso will be available in an update at the end of the summer. Terry has no date or information about whether he will also be part of a free update.

Fighting EX Layer is available now for the PlayStation 4 with a PC version pending on how the PS4 version sells.